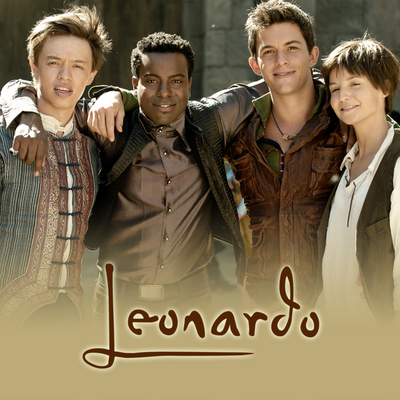 Welcome to Leonardopedia, the Leonardo Wiki! A site containing everything you need to know about the wordwide hit BBC and CBBC show as and when we know it!. The 13 part first series is produced by Kindle Entertainment and the first two episodes aired as a double-bill on Monday 11th April at 5:15pm on the CBBC channel. Filmed in South Africa, where an incredible set of Renaissance Florence was built. In September 2012, the second series of the award-winning drama arrived with 13 new action-packed episodes.

Click on a character image to be linked to their page

To write a new article, just enter the article title in the box below.

Not sure where to start?

Retrieved from "https://leonardopedia.fandom.com/wiki/Leonardo_Wiki_-_BBC,_CBBC,_TV_SERIES?oldid=5593"
Community content is available under CC-BY-SA unless otherwise noted.